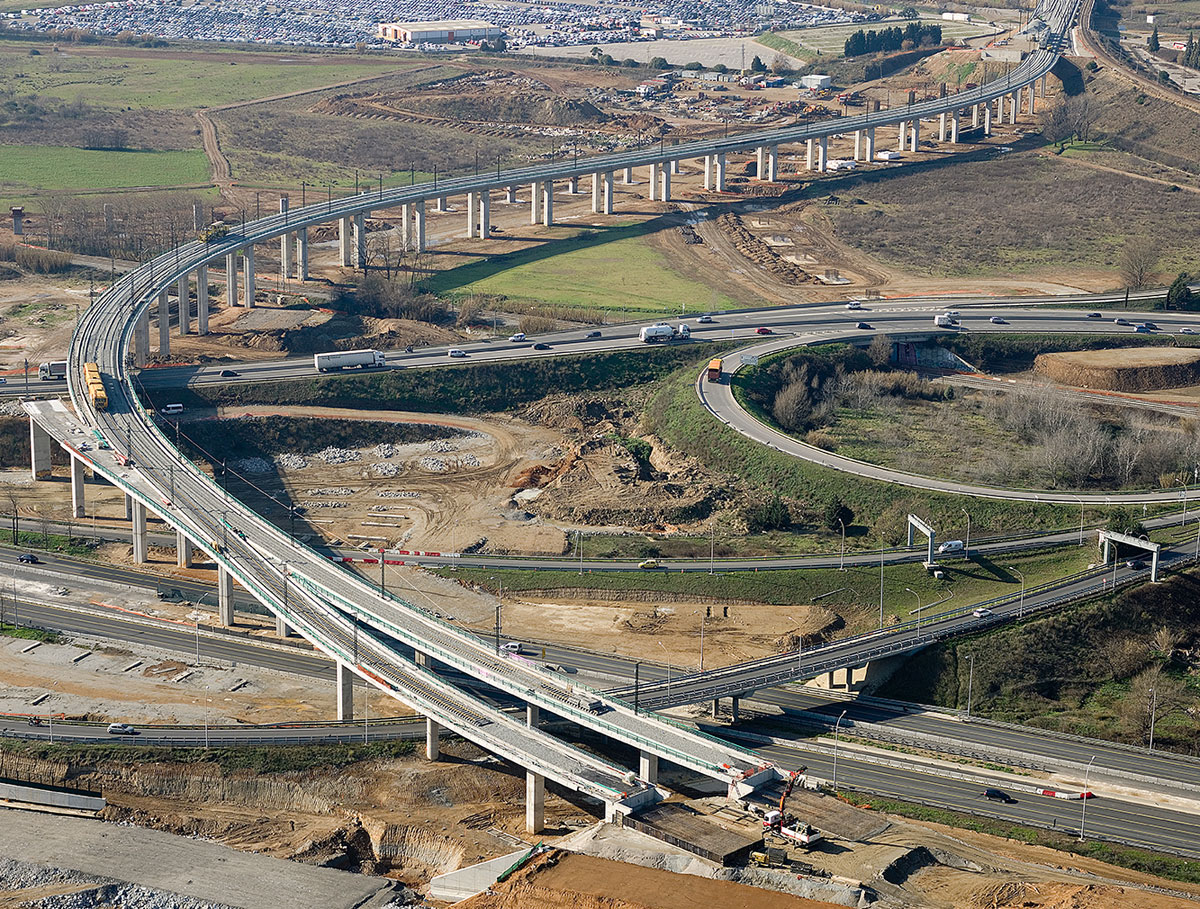 A total of 5 railway structures with span lengths of up to 30 m were built. Three of them were double-T beams, one U-beam and another single-cell box girder. The maximum weight of the elements to be transported was of up to 160 t.

PACADAR supplied means for on-site unloading, so that a great amount of beams were stockpiled within the crane radius, which permitted a better assembly performance. The slabs for the double track viaduct were for a railway junction, which involved a high geometric complexity. 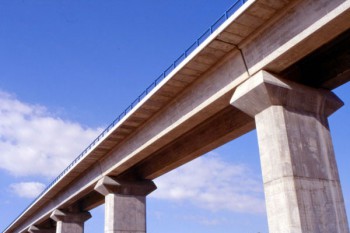